New research suggests that the recent steep increase in cases of acute Hepatitis C Virus infection is associated with increases in opioid injection[1]. Across the nation, researchers found substantial, simultaneous increases in acute Hepatitis C (+133 percent) and admissions for opioid injection (+93 percent) from 2004 to 2014. These increases were seen at not only the national level, but also when data were analysed by state, by age, by race and ethnicity. Taken together, the findings point to a close relationship between the two troubling trends.

For an analyses about the opioid crisis, see here and here. 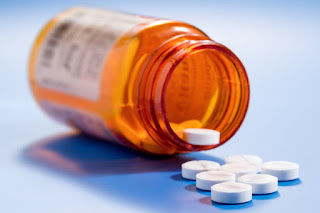 About 75 to 85 percent of newly infected people develop a chronic Hepatitis C Virus infection. As there are few noticeable symptoms, many people are unaware of their infection until serious liver problems or other health issues arise. Hepatitis C is therefore a potentially deadly and often invisible result of America’s opioid crisis.

Hepatitis C is spread through infected blood, which can contain high levels of the virus in a single drop. This, combined with needle and injection equipment sharing behaviours among some people who inject drugs, is fuelling infections among younger Americans.

Until recently, Hepatitis C primarily affected older generations, but as the opioid crisis worsened, the virus gained a foothold among younger Americans. Most of the 3.5 million people in the United States already living with Hepatitis C are born between 1945 and 1965, but the greatest increases in new infections are being seen in young people. And as infections increase among young women, so has the rate of Hepatitis C among pregnant women, placing a new generation at risk.