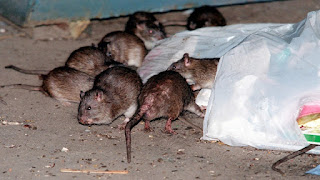 A 56-year-old man from Hong Kong has developed the world's first human case of rat hepatitis E. Researchers say it is unclear how the man contracted the virus, but refuse bins outside his home were infested with rats.

Doctors discovered the case when tests on the man showed abnormal liver function following a liver transplant. Further tests showed that he was carrying a strain of hepatitis "highly divergent" from the strain that affects humans, researchers from the University of Hong Kong said.