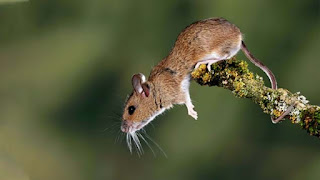 The role of wild rodents and small mammals in the epidemiology of Hepatitis E Virus has been a subject of considerable debate. Time for a study, scientists decided.

A study was conducted to investigate the potential presence of Hepatitis E Virus in small rodents collected within their natural habitats and to detect if they can be potential reservoirs of the virus[2].

A total of 483 small rodents were captured using snap traps placed at a number of regions in Croatia. Sampling was undertaken in 2008 and repeated from 2010 to 2014. Liver samples were subsequently tested for the presence of Hepatitis E Virus.

Hepatitis E Virus was detected in only one liver sample from Yellow-necked Mouse (Apodemus flavicollis) collected near Zagreb in 2014.

According to the sequence analysis, the isolate has shown to be a member of Orthohepevirus A species, genotype HEV-3. The genotyping results confirmed grouping into subtype 3a.The detected Hepatitis E Virus strain showed to be genetically highly related to strains found in humans and/or domestic pigs and wild boars from Croatia.

The findings indicates that wild small mammals do play a possible role in the epidemiology of HEV-3 infection and therefore should be taken under consideration as potential reservoirs or/and transmitters of the disease. However, further investigation is needed to recognize their potential for maintaining the infection in natural conditions.