A Novel Genotype of Hepatitis B Virus: J

As a result of continuous mutations and recombinations Hepatitis B Virus has evolved, much like Influenza A Virus, into several genotypes. Nine genotypes of Hepatitis B Virus (A-I) are currently recognized, and more and more subgenotypes have recently been described in five of these genotypes (A, B, C, D and F). 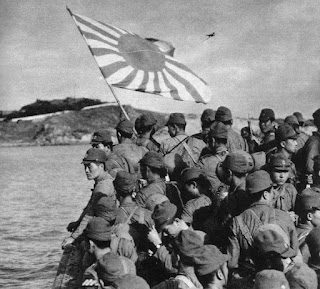 You might think that nine different genotypes are more than enough, but nature has decided otherwise. A novel genotype (J) was recovered from an 88-year-old patient from the Ryukyu Islands in Japan who had a history of 'residing' in Borneo during the World War II[1].

It was divergent from nine human (A to I) and four ape (chimpanzee, gorilla, gibbon and orangutan) Hepatitis B Virus genotypes. After further research it was found that this Hepatitis B Virus was genetically closer to gibbon and orangutan genotypes that other human genotypes. It was surmised that the man was infected during the Japanese occupation of in the Dutch East Indies during the World War II.

So, the scientists thought, if one person was infected by an ape and the Hepaptis B Virus adapted (read: mutated) itself to humans, there must be many more undetected infections. People and apes are often inhabiting the same environments.

[1] Tetematsu et al: A Genetic Variant of Hepatitis B Virus Divergent from Known Human and Ape Genotypes Isolated from a Japanese Patient and Provisionally Assigned to New Genotype J in Journal of Virology – 2009. See here.