Between June 2016 and mid-May 2017, an unusual increase in cases of Hepatitis A affecting mainly men who have sex with men (MSM) has been reported by low endemicity countries in the European Region, and in the Americas (Chile and the United States of America), according to a report by the World Health Organisation (WHO). 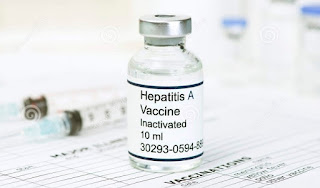 In Chile, 706 Hepatitis A cases were reported at national level as of 5 May 2017. In the United States, the New York City Health Department has noted an increase in Hepatitis A cases among MSM who did not report international travel.

In low endemicity settings, WHO recommends Hepatitis A vaccination for high-risk groups, such as travellers to endemic areas, MSM, people who inject drugs, and chronic liver disease patients. For MSM the main risk factor is related to sexual transmission, particularly oral-anal sexual contact. Most of the affected countries have routinely recommended Hepatitis A vaccine for MSM.

This event is of particular concern from a public health perspective because of the current limited availability of Hepatitis A vaccine worldwide. In addition, several national and international lesbian, gay, bisexual, and transgender (LGBT) pride festivals will take place between June and September 2017, including the World Pride Festival in Madrid, Spain between 23 June and 2 July 2017.

So far, no fatalities have been reported in connection with the ongoing outbreaks. It has the potential to spread further to the general population if control measures (vaccination, hygiene, food safety, and safer sex measures) are not adequately implemented.