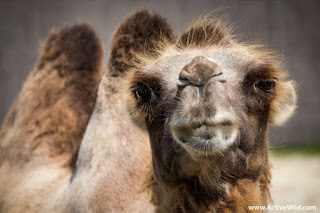 The rapid identification of novel Hepatitis E Virus variants and accumulating sequence information has prompted significant changes in taxonomy of the family Hepeviridae. This family now includes two genera: Orthohepevirus, which infects all mammalian and avian vertebrates, and Piscihepevirus, which infects only one species of fish, cutthroat trouts.

Within Orthohepevirus, there are four species, A-D, with widely differing host range[1]. Orthohepevirus A contains the Hepatitis E Virus variants infecting humans and its significance continues to expand with new clinical information. We now recognize eight genotypes within Orthohepevirus A: HEV1 and HEV2, restricted to humans; HEV3, which circulates among humans, swine, rabbits, deer and mongooses; HEV4, which circulates between humans and swine; HEV5 and HEV6, which are found in wild boars; and HEV7 and HEV8, which were recently identified in dromedary[2] and Bactrian camels[3], respectively. HEV7 is an example of a novel genotype that was found to have significance to human health shortly after discovery. 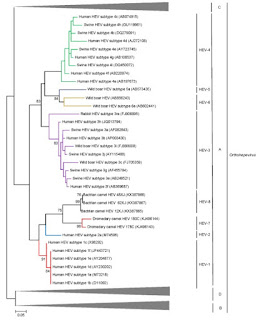 So, what we now have are two new genotypes: HEV7 or Dromedary camel Hepatitis E Virus (shortened to DcHEV) and HEV8 or Bactrian camel Hepatitis E Virus (shortened to BcHEV). The later is capable of infecting humans (HHEV8) and that means there's another virus that has escaped our detection for quite some time. If it evolves even further, who knows what sort of damage it might do to humans.