Hepatitis A Virus in Small Mammals

Hepatitis A Virus is an ancient human pathogen recovered previously only from primates. It is the only species of the genus Hepatovirus with a capsid structure intermediate between that of insect viruses and mammalian picornaviruses. 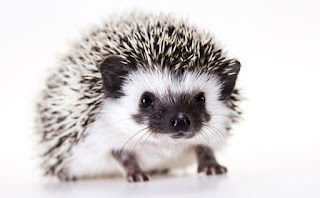 Hepatitis A Virus is enigmatic in its origins. Ancestral state reconstructions of these novel Hepatoviruses suggest a origin in small insectivorous mammals. Viruses from these mammals are very similar to the (Human) Hepatitis A Virus with regard to their genetic properties, protein structures, immune response and patterns of infection. “The seemingly purely human virus is thus most likely of animal origin,” says lead-scientist Jan Felix Drexler.

The scientists’ evolutionary investigations may even hint at distant ancestry of the hepatitis A virus in primordial insect viruses. “It is possible that insect viruses infected insect-eating small mammals millions of years ago and that these viruses then developed into the precursors of the hepatitis A virus,” says the virologist from the University of Bonn Medical Centre.