Equine Hepatitis C Virus or Equine Hepacivirus is a member of the Flaviviridae family that infects horses. Though the virus itself was known for some time, direct evidence that it causes hepatitis in horses was lacking. However, recently Equine hepacivirus was discovered in two horses that developed post-transfusion hepatitis. Plasma and serum from these horses were then used to experimentally transmit the virus to four other (already very ill) horses[3]. 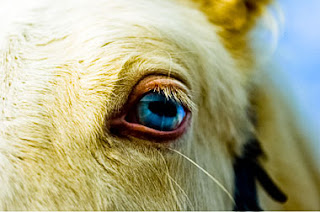 Although most of the animals were coinfected with Equine Pegivirus (EPgV), also a flavivirus, EPgV viral loads were much lower and often undetectable in both liver and blood.

To date, researchers found no less than eight closely related Hepatitis C Viruses in horses. Although most of these serotypes detected were genetically distinct from Canine Hepatitis C Virus infecting dogs, one (from New Zealand) was almost identical, providing evidence for an ability of Non-Primate Hepatitis Viruses (NPHVs) to jump species.

The fact that Hepatitis C Viruses in horses are found in geographically distinct areas suggests that horses are a reservoir of Non-Primate Hepatitis Viruses (NPHVs). It seems likely that dogs might acquire their NPHV infection from horses, as there are always ample opportunities for contact between the two animals on farms or in kennels.