Hepatitis B Virus in Crocodilians

Recently scientific research was published that reported that it had found – among others – endogenous viral elements (EVEs) from a Hepatitis B Virus in Crocodilians[1]. Analysis reveals genome fragments from the virus family were inserted into the genome of this snake over the past 50 million years. 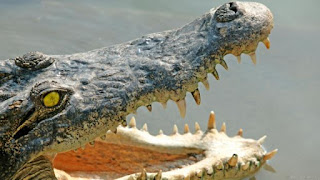 Endogenous viral elements (EVEs) are entire or fragmented viral genomes that have been integrated into the genome of their hosts in a sometimes distant past. They are therefore vertically inherited in a stable manner[2]. These elements can be seen as the genetic ‘fossils’ of which can be detected in whole genome sequence data millions of years later. Endogenization of viruses is not rare; in fact, it appears to be a recurrent and on-going process[3].

eCRHBV1 is present in all crocodilians except alligators and is 63.8–102.6 Millon Years (MY) old, which means that it is of Cretaceous origin. The second, eCRHBV2 is exclusively shared between saltwater and dwarf crocodiles: its endogenization thus occurred during the Paleogene in the ancestor of Crocodylidae (30.7–63.8 MYA).

So, the Hepatitis B Virus has been on the planet for millions of years. No wonder, then, that it has become so versatile. It changes, mutates and jumps species without any problem. As the Greek philosopher Heraclitus already said in the 4th century BC: There is nothing permanent except change.