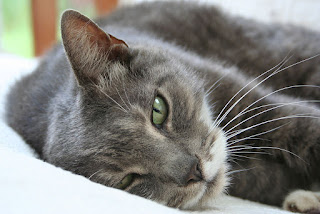 A novel Hepatitis B Virus was discovered in a domestic cat from Australia[1]. In 2016, a seven year-old male-neutered domestic shorthair cat was presented for vomiting and weight loss. Diagnosed with Feline Immunodeficiency Virus (FIV), the cat was eventually euthanized.

During that investigation several cats, that had previously died as a result of FIV, also seemed infected with a virus. The virus itself was elusive and it showed only 73–94% amino acid identity with known Hepatitis B viruses. This suggested the presence of a novel virus that was divergent from currently known Hepatitis B viruses. Such a large genetic distance merits assignment of a new species within the genus Orthohepadnavirus, which was tentatively named Domestic Cat Hepadnavirus or Domestic Cat Hepatitis B Virus. 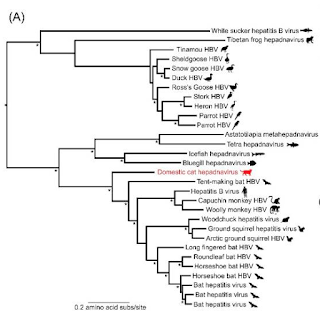 Further research revealed that it exhibited no close phylogenetic relationship to any other known Hepatitis B virusses.