Unlike its viral cousins Hepatitis A and B, Hepatitis C Virus has eluded the development of a vaccine and infected more than 170 million people worldwide. Approximately 700,000 people die each year from the infection. The creation of a vaccine seems far more difficult that those of its brethren, Hepatitis A Virus and B Virus. Research has now identified a biological mechanism that appears to play a big role in helping Hepatitis C Virus evade both the natural immune system and vaccines[1]. 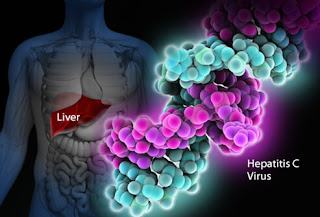 The study found that some mutations occur outside of the viral sites that are typically targeted by antibody responses. Those mutations could also account for the difficulty of making an effective vaccine.

The research discovered that the effectiveness of the antibodies varied, with some viral strains very inhibited by the antibodies and others hardly affected at all. To find out what was causing the variation, the researchers next tapped into the genomes of the Hepatitis C Virus, but found nothing.