To date, only one Human Pegivirus (HPgV-1) in the family Flaviviridae is known to exist, but we all know that nature is elusive and frequently manages to surprise. 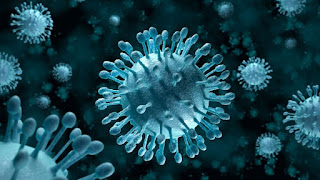 Identification and sequencing of eleven additional Human Pegivirus-2 viruses revealed 93–94% identity between strains. These results show that Human Pegivirus-2 is a bona fide novel infectious virus of humans. All patients we living in the United States.

The evidence suggest that Human Pegivirus-2 is an infectious agent capable of bloodborne transmission.

Studies to date have suggested that pegivirus evolutionary lineages corresponding to each mammalian host tend to cluster together, consistent with a model of co-divergence of the virus with its host. This latest report of Human Pegivirus-2 infecting humans is consistent this pattern. Over 80 novel hepaciviruses and pegviruses have now been reported in bats[2], as well as multiple novel hepaciviruses in rodents, cattle and horses, underscoring the extraordinary diversity of these viruses in animal reservoirs.

[1] Berg at al: Discovery of a Novel Human Pegivirus in Blood Associated with Hepatitis C Virus Co-Infection in PloS Pathogens – 2015
[2] Quan et al: et al: Bats are a major natural reservoir for hepaciviruses and pegiviruses in Proceedings of the National Academy of Science – 2013