Evolution of Hepatitis B Virus Subtypes

Today, (Human) Hepatitis B Virus has a worldwide distribution, but it must have originated somewhere and at some point in time. Hepatitis B Virus is divided into four major serotypes (adr, adw, ayr, ayw) and into eight genotypes (A–H). Genotype A is further classified into three subgenotypes and one so-called quasi-subgenotype[1]. 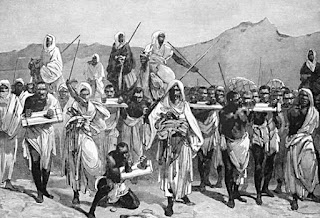 Recent research found that the common ancestor of the currently circulating A-subgenotypes should be placed in west-central Africa around 1057 years ago, which means that we can put a tentative date on its origin: 958 AD[2]. This genotype diverged into two main clades at the beginning of the 13th century: one including all of the west-central African quasi-subgenotypes and the other corresponding to subgenotype A1, originating in east Africa and further segregating into two main subclades: an 'African' and a 'cosmopolitan' clade.

It is highly likely that the slave trade was the main source the spread of cosmopolitan HBV-A1, which was exported to Asia in the 17th century as a result of Arab or Portuguese trade, and to Latin America in the 18th centuries through the trans-Atlantic slave trade.

The origin of the currently circulating A2 strains dates back to the first decades of the 20th century, and the evolutionary demography analysis suggests an exponential growth of infections, between 1970s and the mid-1990s.