Hepatitis B Virus in Chicken

Hepatitis B Virus is already one of the most important viruses that are infectious to man. It is estimated that more than 240 million people have chronic (long-term) Hepatitis B Virus infections and more than 780,000 people die every year due to the acute or chronic consequences of Hepatitis B[1]. It certainly has the potential to mutate and evolve into new and potentially deadly variants.. 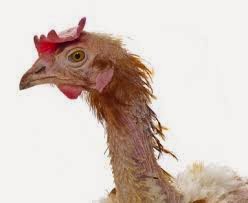 The results of the research showed the existence of Hepatitis B Virus in chickens and it was a just a little bit different from human variants. Not quite the same means that the existing vaccine for humans is useless. This would present a significant risk to people who work with live chickens or chicken products.

[1] WHO: Hepatitis B Factsheet. See here.
[2] Tian et al: Detection of Hepatitis B virus in serum and liver of chickens in Virology Journal – 2012